WHY Meerut is vibrant enough to become a smart city 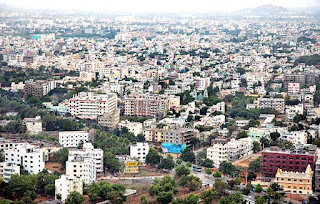 SMART PEOPLE
Education and language play a significant role in the development of a city and Meerut is quite fortunate in the way that even after experiencing brunt of many communal riots in past people of different communities have shown their zeal to live and advance on the path of development together.
City peoples` die hard’ attitude also makes it a fit case to put it in a path of development for better future of their coming generation and country as well.
With more than three dozen engineering colleges and over 70 public schools the city has emerged as hub of education. This has given the city youngsters who are well versed in English language which helps in connecting them with rest of the world and easy access to information on internet. The city also has advantage of having four universities including one agriculture university and two medical colleges.
Its skilled artisans are a major demographic advantage for engineering industry while industrialists and entrepreneurs enjoy a cordial relationship which is evident by the fact that the city has experience no ‘labour unrest’ in past fifteen years.
It is a virgin place for industrial development and 12% of its land is available for industrial use along with the advantage of low cost as compared to other places of NCR. Seeing the potential of development GAILGAS Ltd. has made its elaborate setup in the district in order to provide clean and green piped gas fuel to industries for better development of the area. Food proccesssing industries have advantage of low cost of inputs in terms of fuel as well as agriculture produce.
SMART LIVING
The people and the culture of Meerut has promoted harmony and balance between the science and technology of the modern world we live in and the beauty and purity of the natural world that surrounds us. The city is resource rich in terms of the quality of soil available for growing organic agricultural food as also this becomes possible because of the availability of less contaminated Ganga water.
SMART MOBILITY
In a quest to develop the city as new center of development the city is likely to get share of infrastructure projects of over Rs 20,000 crore in coming years These projects include Meerut Delhi express way, Rapid Rail Transit System, Bulandshahr- Meerut express way, Western Peripheral Expressway, Eastern Peripheral Expressway, Upper Ganga Expressway, Airport, Delhi Mumbai Freight Corridor, Amritsar Howrah freight Corridor etc.
Meerut stands thorough on the five pillars of a smart city which are smart economy, smart people, smart environment, smart mobility and smart living. All that we need is smart governance.
(The author is an entrepreneur Graduated from IIT, Kanpur, entrepreneur and activily associated with Industrial Association like CII, IIA, FISME, ITMA AND MIDFo)
In case any enquiry feel free to contact us at:info@saielectricals.com
Did you find apk for android? You can find new Free Android Games and apps.
previous post
next post